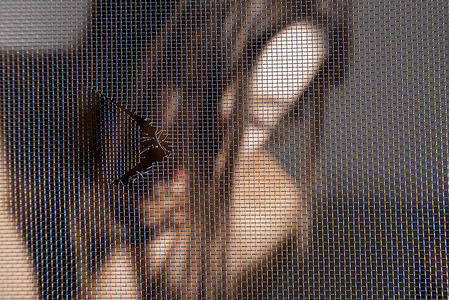 Rachel Dickson says, "Our tongues spit words, and soak in saliva like a sponge. Our eyes believe the refracted imagery of our daily lives, while pupils expand at night for fear of miscalculating its features. When hearts feel crusted in dry paint, brains recollect the memories put to rest. They dissect and forage new from the already solidified. It takes and borrows, and reconfigures a falsity that can’t be proven.

My work often serves as the replication of memory, the opportunity to legitimize and give physicality to moments that continue to linger. A narrative is fabricated with a collaboration of photographs, installation, and video.

Each piece of the narrative informs the other and is left open ended, thus dissolving associations the viewer can make permanent. Nothing is completely divulged. While my mind collapses, expands, and attempts to restructure its happenings, I make sense of them through my process.

With constructed scenes, I confront themes of desire, loss, dreams, interrupted ritual, and the navigation of intimacy. By using the viewer’s curiosity for what lies beyond the framework, I force them to rewrite the narrative within their own mind’s scope."

Rachel Dickson is a photographer and video artist from Reno, NV. Growing up her home allowed her an untethered connection to the high desert, sagebrush, coyotes, and alpine lakes. She began to make photographs as a way to navigate the land around her and incorporate the narratives within these spaces. After completing her BFA in her home town, she took a year off and began to further her exploration of the narrative with video work. After being accepted into the MFA program at University of Connecticut she began to expand her research into the realms of self, liminal space, the otherworldly, and dreams. Working closely still with photography, she is expanding her materials and medium to include video, sound, and installation pieces. 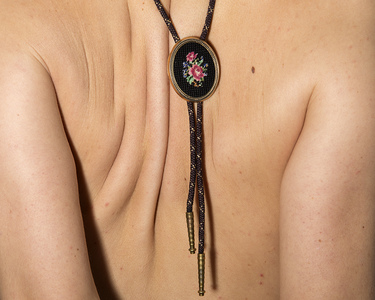 BOLO by Rachel Dickson
(Click on image for larger view) 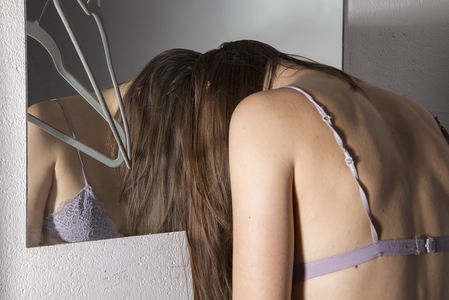 TANGLE by Rachel Dickson
(Click on image for larger view) 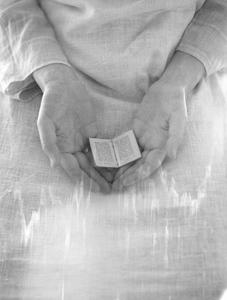 Ruth Lauer-Manenti says, "Ideas of impermanence have always compelled me as my parents were refugees from Europe, each having lost mostly everything. My father was very frugal and always wore shirts with holes in them. With a spirit of acceptance, pointing to the hole he would say, “This is life.” My mother grew up in Berlin in a wealthy family of artists and intellectuals, with sixteen servants and two nannies, one to braid the right side and the other to braid the left side of her hair. In 1939 my mother was put on a train by herself to Holland with two potatoes in her overcoat pocket.

Perhaps because of this, my photographs evoke feelings of loss. I grew up aware of the sorrows of my parents, and their stories are undertones in my work. Yet, a lighter side of loss is there too. Like a dandelion that has gone to seed, one wanderer’s exhale or one light wind and the weed disappears forever.

These pictures that I have selected are part of a larger series made during a time where I felt shadowed and overwhelmed by external events. The anxiety that I was experiencing caused a need in me to create a world of pictures that were calm. Yet, I did not want to leave out the tensions and worries that I was feeling.

The glass reflects the cycles of breaking and the efforts involved in putting ourselves back together, over and over again...how ready to break we are, it's just a question of timing. The hair indicates the passage of time; the months and seasons for it to grow. The hair also serves as a protector, a kind of organic hat, that without one feels naked.

And when abruptly cut suggests the fears that arise in a violent world. The book speaks of reading, and reading stories brings us worlds of characters who teach us the depth and range of human thought and emotion. Having my hands as part of my images, holding on to fragments that were symbolic provided a structure for my narrative.The hands are mine. I am the artist trying to make something to cherish out of my own existence and thereby not disappear.

Personal though, my work holds a space for the universal need to feel emotions. We often bury the difficulties...trauma, shame, worthlessness within our busy lives or in following equally traumatic news feeds but in a kind of numb way. But in the end it feels much better to engage with the deep emotions and be contemplative than not to. Its about connecting to our own stories which then allows us to feel for the stories of others."

I live in a cabin in the woods in the Catskill Mountains of New York. My background is in painting and drawing, but fifteen years ago I inherited a K.B. Canham large format camera from someone I greatly admire. I taught myself how to use the camera and gradually accomplished what I was striving for in drawing and painting, through photography. I gather much of my inspiration from looking at drawings and paintings continuously over decades.

My mother was also an artist. She had a wealth of talent and worked steadily throughout her life, yet her number one role was to take care of her family. Sadly, she left behind a legacy of unwanted, unpublished, unknown work. I realize, now that she has passed away, that part of my determination to receive acknowledgement and support from the art world is to reward her for her efforts and to create a continuum.
Since breaking my neck in a car crash at the age of twenty, I have developed a strong spiritual life and practice for which I have made annual trips to India for the last thirty-five years to study yoga, meditation and Sanskrit and to adapt a way of life simpler and more ritualistic than I had known before.

I received a BFA from SVA in NYC and an MFA in drawing, printmaking and painting from the Yale School of Art in 1994, where I later taught. I also taught at Dartmouth College. I have exhibited at the Bill Maynes Art Gallery, the Lower East Side Printshop, John Michael Kohler Arts Center, Paula Cooper Gallery, The Griffin Museum of Photography, John Davis Gallery, and Le Salon Vert in Switzerland. My work has been collected by the New York Public Library as well as many private collections including Lois Conner, Louise Fishman, An-My Lê, Frances Barth, Bruce Gagnier and Sylvia Mangold. 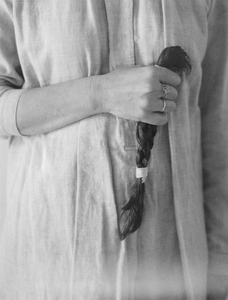 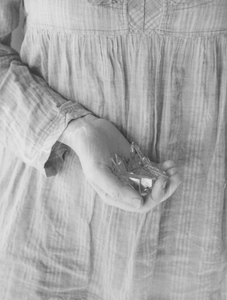 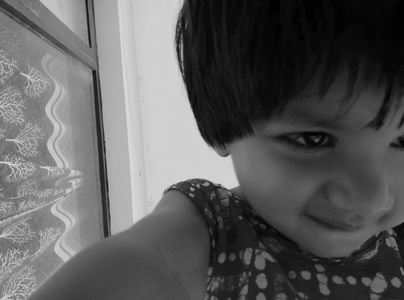 2017-Worked on commercial projects for interior deigning and Installations for Resort, school and offices .

2014-2019 : Worked in International schools as visual arts teacher for Cambridge and IB programs. 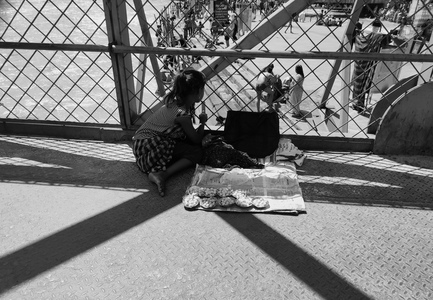 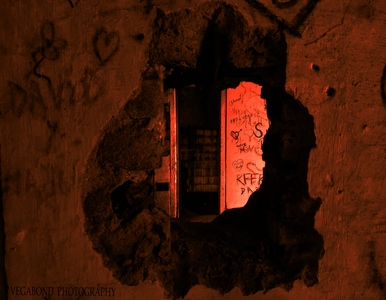 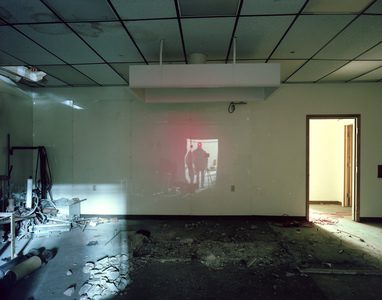 Steve Nelson says, of his series, 'Alien Complex from the Industrial Portals',
"I peer into worlds long abandon. Why I would want to be here? The air hangs heavy with moisture and the residual scent of chemicals that have saturated the floor I stand on.  I pass from one chamber to another, wandering without a sense of direction.  The labyrinth of these corridors of production gives me an uneasy feeling about my own destiny.  But why do I also have a feeling of belonging? What draws me back to this place?

I photograph to probe relationship of memory and loss.  I question the illusion of purpose and function of the post-industrial environment in abandoned spaces I photograph. Void of recent human activities, they are postured in the past, between the familiar and unknown.

Steve Nelson is an Associate Professor in the Department of Art and Art History at Hope College where he has taught photography since 1989. His past photographic projects have focused on various post-industrial environments including “The Gardens of Industry,” which deals with abandoned mining sites throughout Michigan. “Guardian and Angels” documented rooftop iconographic forms from a paper mill in Plainwell Michigan that is no longer operational.

His photographs have been exhibited widely, including a two-person exhibiton, "Ripple Effect", in 2016 at Kendall College of Art and Design in Grand Rapids Michigan that focused on the post-industrial complex of the Plainwell Paper Mill near his home in Southern Michigan.  This work was previously installed on the mill site in the abandoned manufacturing spaces in collaboration with a local sculpture, Sarah Lindley, with the support of a Great Lakes College Association Collaborative Initiative's Grant. 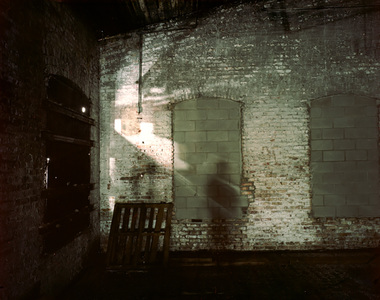 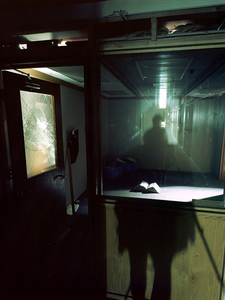 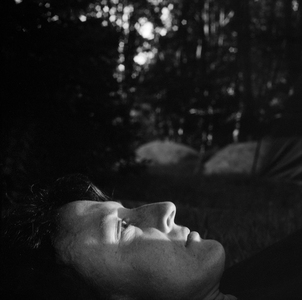 ERASED 1 by Tsar Fedorsky
(Click on image for larger view)

Tsar Fedorsky says, "I have been shooting self-portraits for a number of years.  As I’ve aged, my relationship to the camera has changed.  And now that I think about it, so has my means of taking photos. Many of my photos are captured with an iPhone.  In many ways, I feel the same, but the person looking in the mirror has altered."

Tsar Fedorsky is an American photographer. Her work centers on personal yet relatable narratives. Her work has been exhibited and published nationally and worldwide. In 2018, she received a 2018 Guggenheim Fellowship for Creative Arts in Photography. In 2015 and 2017, she was a Critical Mass Finalist. In 2015, she received an Artist Fellowship Grant from the Massachusetts Cultural Council. Her work from the series "The Light Under the Door" was published by Peperoni Books in Berlin, Germany in August 2017. She holds an MFA in Photography from the University of Hartford and a BA from Amherst College. She resides in Gloucester, Massachusetts. 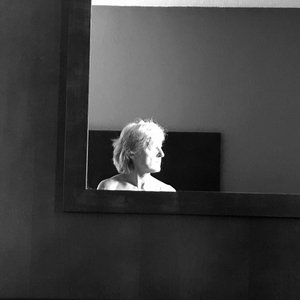 ERASED 2 by Tsar Fedorsky
(Click on image for larger view) 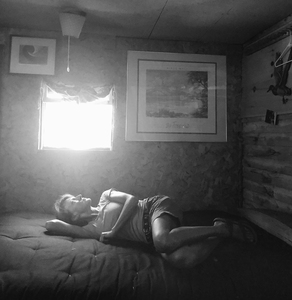 ERASED 3 by Tsar Fedorsky
(Click on image for larger view) 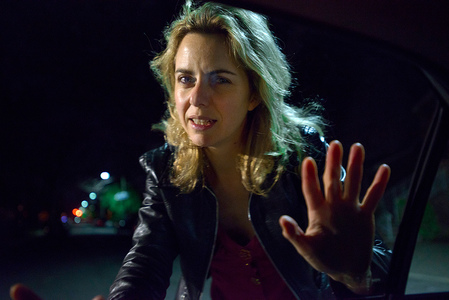 Born and raised in Belgrade, Serbia, Vera Miljkovic creates works using memories and past events that, combined with current settings, become dramatic staged images of an imaginary self.
She is drawn to specific interiors and landscapes in which the light at particular moments is precious, transforming the place from the dreary into the extraordinary.
In those moments something else might be revealed; a glimpse of an inner moment.

Using herself as a subject she started exploring scenes that border between dreams and reality. She currently lives and works in New York. 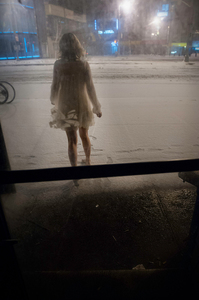 SNOW by Vera Miljkovic
(Click on image for larger view) 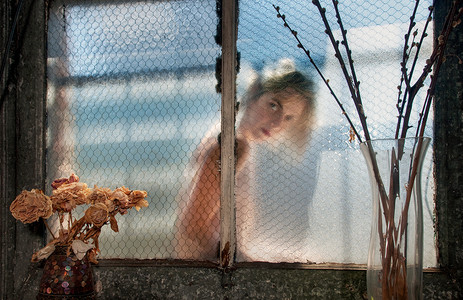 WINDOWS by Vera Miljkovic
(Click on image for larger view)