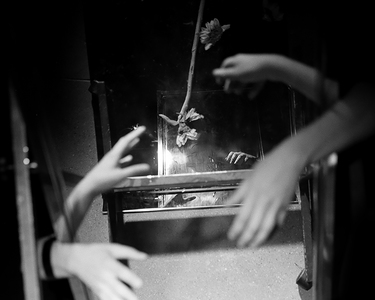 Olivia Hunter.says, "In my early teens, I was diagnosed with Obsessive Compulsive Disorder.

By completing rituals, following specific rules, and counting; I thought I could save people’s lives or destroy them. I pretended to feel a sense of importance, as if I were some sort of hero, while always feeling a deep misery, frustration, and anger.

My work focuses on using visual metaphors to represent struggles with mental illness. The images in this series represent the specific fears of finality and death, the idea of regret, and the fear of passing on one’s illness through children through personal symbolic actions.

My goal is to frustrate the viewer and have them feel a sense of nervousness through calm black and white images. I attempt to do this by creating imagery that is fragmented where the full action of the frame is never fully visible.

I often show the female body only partially and in the act of reaching towards an unattainable goal. I choose to fragment my own body and by doing so I attempt to reclaim the power from the audience. The images act as stills from a film that has never been made.

My work uses symbolic imagery to represent the darkness that haunts everyone. They are the fractured memories that we have forgotten how to piece together.

Everyone has certain rituals that gives them power over this fear of mortality, fear of illness, or fear of disability. In my world, it could be anything… even simply touching the light switch once more…. And then my friend won’t die. We, as humans, often attempt to hide from death through constant repetition that allow us to feel in control.

The idea of ritual, impulse, and compulsion is not specific to my personal struggle. It can easily relate to the world that we are in."

Olivia Hunter grew up in Virginia directly outside of Washington, DC. She received a BFA in Photography and Imaging at NYU Tisch (where she also received the Creative Excellence Award in 2014). She worked for Steven Meisel’s Studio and Archive, Art + Commerce, and Human Rights Watch. She is now a student pursuing her MFA at the School of Visual Arts.

In her early teens, she was diagnosed with Obsessive Compulsive Disorder. Her work often focuses on using visual metaphors to represent struggles with mental illness, rituals, and compulsions.

• Coordinated the end-stage production for all reports

(was promoted from associate to coordinator as of July 2017)

• Coordinated all portfolio, tears, and pdfs for the archives

• Worked with the design team and digital team to perform testing, content management, and design online material for the new system

NYU Tisch School of the Arts

BFA Photography and Imaging (graduated May 2014)

• Winner of the Creative Excellence Award 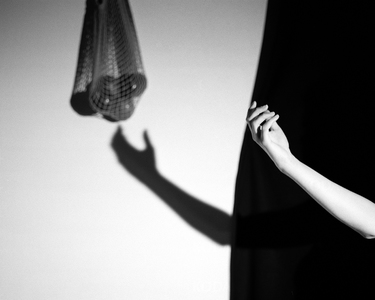 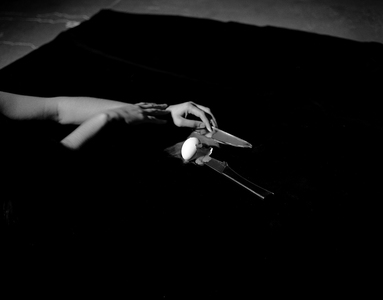